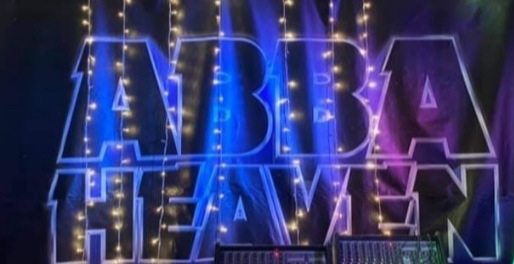 ABBA Heaven! is New Zealand’s own ABBA Tribute. Although based in Auckland, this line up is often traveling nationwide to perform at private functions and ticketed events.

Having first formed in 2016, in 2020 the line-up has kicked off again with a line up change, this time with Shaun Petterson and Ellen Kuiper (new in 2021). Performing alongside Shaun and Ellen are original members; vocalist Pauline Berry and keyboardist, arranger Stuart Pearce.

Previous high profile performances have been Balloons over Waikato to 80,000+ people, Farmers Christmas Parade performance in Aotea Square in 2018. Some amazing private functions included recreating the jetty “Dancing Queen” scene from “Mama Mia 2” on a private jetty on Waiheke Island!

A SALUTE TO ABBA – THE BAND SOUND

Benny & Bjorn have said that each recording is like a Swiss time piece, everything fits together precisely. The vocalists and the producer of this line-up align themselves with this aim.  Authenticity is the buzz word heard at ABBA events, with superlative comparisons to overseas ABBA Tribute bands!

This is a heartfelt, passionate reproduction and tribute to the powerful and internationally loved pop band ABBA. ABBA’s music stands the test of time and is loved across generations.

This band’s producer Stuart Pearce spent 2000 hours in a recording studio creating the tracks for the show. Top session musicians from New Zealand and Australia were hired and recorded. Bringing to life, as authentically as possible, the sound of ABBA.  This included sometimes exotic instrumentation. Having put the work in on top of this superb musical foundation, the band are thrilled to perform live over such authentic sounding recordings.

ABBA still sell a million albums each year around the world. There is no chance of slowing down anytime soon. The soundtrack to “Mamma Mia: Here We go Again” was No. 1 internationally in 2018 – deservedly so. The soundtrack music was produced by Benny Anderson.

In 2021 ABBA Voyage was released, their Avatar show to premiere at their purpose built arena in London and later in the year a brand new album with two songs already released.

All vocals are three part and live.  They are very detailed and the harmonies chosen are those that dominate on the original recordings. There are no pre-recorded vocals to be heard anywhere during this Tribute to ABBA performance. A short clip from 2021 below. The audience is loud!

View the Gig Guide for availability or where to see the show.

Does Your Mother Know demo